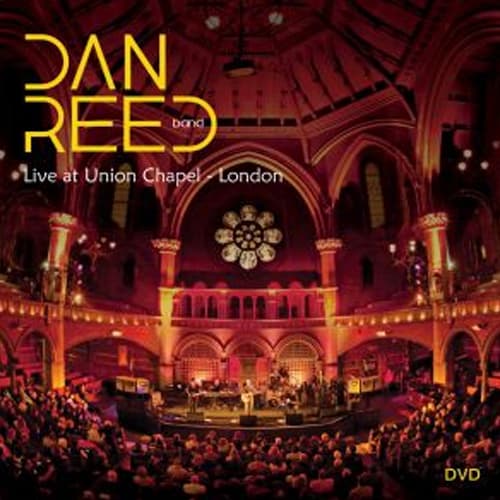 Live At The Union Chapel DVD

**PLEASE NOTE - THIS IS A PAL DISC, OVERSEAS CUSTOMERS PLEASE CHECK YOU CAN PLAY BEFORE ORDERING**

It's a great honor to be releasing the DVD of 'Live at Union Chapel - London' filmed on (March... ?). Inspirations Productions based out of Paris produced the shoot and once again, Mr. Dan Pred, drummer for Dan Reed Network, edited the footage. This film features songs from the solo album 'Coming Up For Air' and favorites from the three DRN albums, performed live in one of the most beautiful venues I have had the honor to appear in. Sharing the stage with me are such great musicians as Rob Daiker from Portland, Oregon on Electric Guitar and Vocals, Brooke Lizotte from Seattle, Washington on Piano and Hammond B3, Bengan Jonasson from Stockholm, Sweden on Bass and Vocals, Robert Mehmet Ikiz Sinan from Istanbul, Turkey on drums and percussion, and guitar virtuoso Tommy Denander from Stockholm, Sweden on Acoustic Guitar. This film was directed by Aymeric Gardey, shot with 5 cameras, the sound mixed by Rob Daiker in Portland, Oregon, and sums up the direction of my new music, while at the same time hovers in a zone of respect for the surroundings that is Union Chapel. I hope all who attended that performance will enjoy the film, and those who could not be there, will experience the vibe of that very special evening for all of us.